Sir Ridley Scott has won an award for his short film advertising a prestige cognac brand.

The acclaimed British director, best known for movies including Blade Runner, Gladiator and The Martian, was behind an advert for Hennessy XO.

A shortened version of the four-minute film, titled The Seven Worlds, aired during the 91st Academy Awards.

He was among a raft of British winners at the event, which was held at the Four Seasons hotel and hosted by Good Morning Britain’s Ross King.

A British Airways advert featuring Oscar-winners Gary Oldman and Olivia Colman won campaign of the year while the airline also won in the travel category.

British PR expert Sarah Robarts picked up the pioneer award for her two-decade career on both sides of the Atlantic.

The SMSAs were co-founded by Brand Ambassador and the British-American Business Council LA. 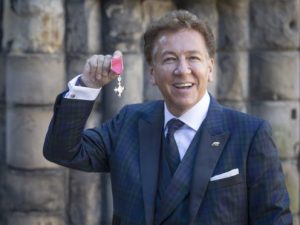 British PR chief to be honoured in Los Angeles

British PR chief to be honoured in Los Angeles